The Iceland gull (Larus glaucoides) is a medium size gull which breeds in the Arctic regions of Canada and Greenland, but not Iceland, where it is only seen in the winter. It is migratory, wintering from in the North Atlantic as far south as the British Isles and northernmost states of the eastern USA, as well as in the interior of North America as far west as the western Great Lakes. It is much scarcer in Europe than the similar glaucous gull. 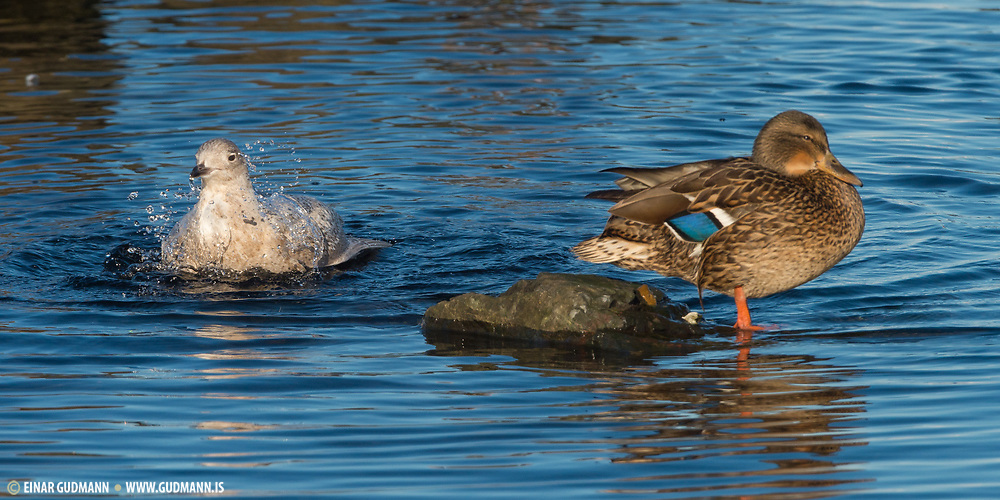